An edge of the seat, sci-conspiracy thriller about memory, secrets and the effects of sound on human beings…

Written by Clare Duffy, Jon Spooner and Chris Thorpe
Made in co-production with Northern Stage and Warwick Arts Centre

A remote island in the Southern Ocean.
A noise that never stops.
A massive iceberg in the harbour.
A body in the water.
And a 17 year girl who is the only one asking any questions.

The island of Whitley (nr Antarctica, population 600) is home to ‘The Noise’ – a weird, ever changing, always present sound that makes the islanders… different. Nobody knows what causes it and, because it’s all they’ve ever known, everyone has stopped asking. Only 17 year old Charlie and her best friend Harry, a local scientist, are still looking for the answers.

When a massive iceberg drifts improbably into the harbour one night and a body washes up soon after, Charlie finds there is no-one left she can trust and sets out on her own to uncover the truth and the source of The Noise.

You can read the ‘immersive’ script (for FREE) here 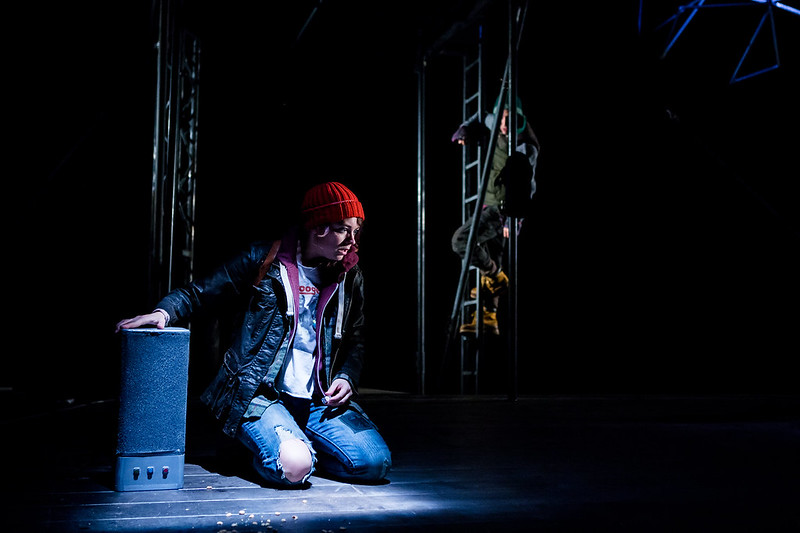 After a 3 week run at Northern Stage in Newcastle, the show toured to theatres across the UK including Warwick Arts Centre and West Yorkshire Playhouse.