Originally produced by the Arches in 2011, as part of the Platform 18 new directors award, then re-developed and co-produced by the The Bush and Unlimited in 2013
Written and directed by Clare Duffy

Casino and Queenie used to be hedge fund managers. Before the financial crisis of 2008, that is. Now, in an inspired – or desperate – career move, they’ve turned to performance art to share their stories of how to make (and lose) billions from economic downturn.

Playing with £10,000 in actual pound coins, audiences were invited to bet long, short or hedge, as Casino and Queenie guided them through a series of interactive games that demonstrated how the world’s economic system came to the precipice of collapse.

So, risk takers to the front, risk averse to the back. Welcome to MONEY the game show. 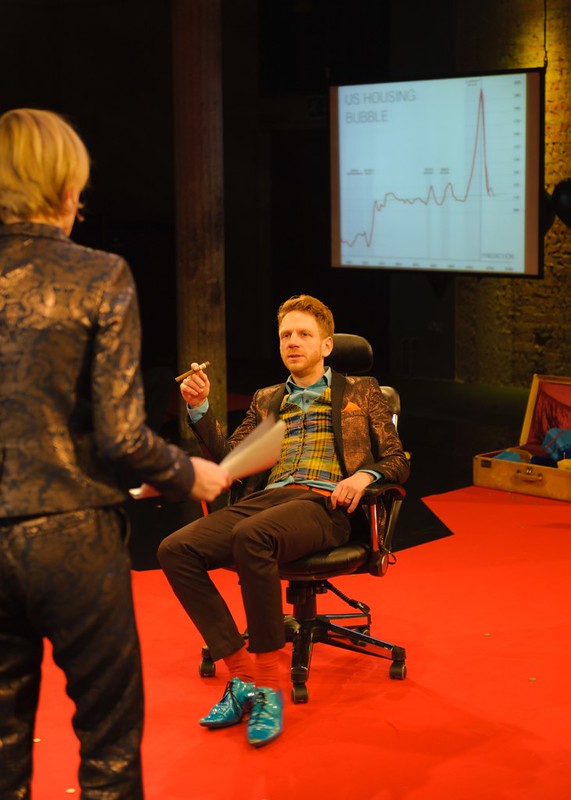 We teamed up with The Bush Theatre to take a playful and politically sharp look at the roots of the 2008 financial crisis and its ongoing impact, as well as tackling the bigger questions: What is money? What is it worth? What happens when we stop believing in it?

Money the Game Show was produced at the Bush Theatre, London in 2013 and toured twice in 2013 and 2014 to regional theatres and arts centres across the UK. 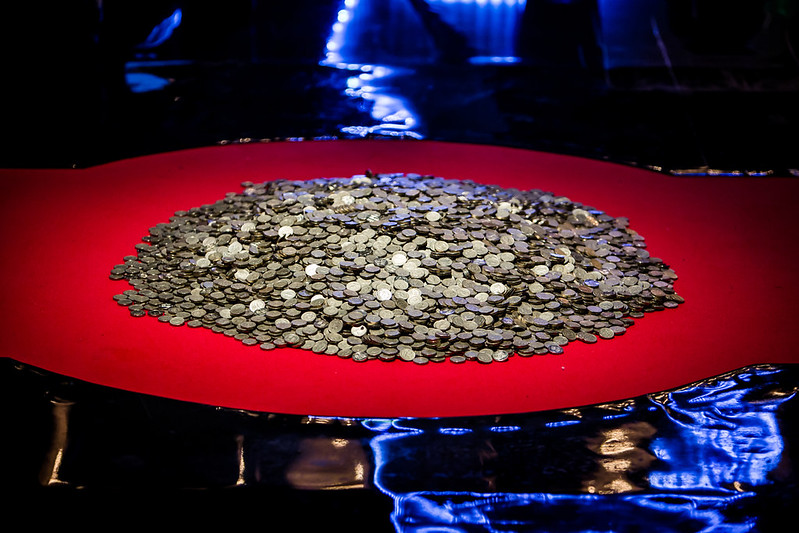 Supported by the Simon Gray Award. Originally developed as part of the Platform 18: New Directions Award, supported by The Arches, Traverse Theatre and National Theatre of Scotland. Autumn 2014 tour presented as part of REACH, a project bringing new theatre to the North East, managed by ARC Stockton and Dep Arts Ltd and funded by Arts Council England.