Two friends, talking (and singing) about what happens when we die, how we think about dying, how we don’t talk about it enough…

Written and performed by Chris Thorpe and Jon Spooner in consultation with Dr Andy Lockey. Funded by Arts Council England and The Wellcome Trust and with support from Resuscitation Council

Death is no longer a moment. It is a process. A process that can be reversed.

Performed by Jon Spooner and Chris Thorpe, Am I Dead Yet? was filled with stories and songs about death and dying and about how we don’t talk about it enough. Which is actually a lot more fun than it sounds. The show was inspired by research into contemporary developments in resuscitation science and made in collaboration with Emergency Care doctors and professionals.

It toured from 2014-2017 throughout the UK including a run at the Bush and Soho Theatres (London), the Traverse Theatre (Edinburgh) as part of the British Council’s International Performing Arts Showcase and internationally to Berlin and Vienna. 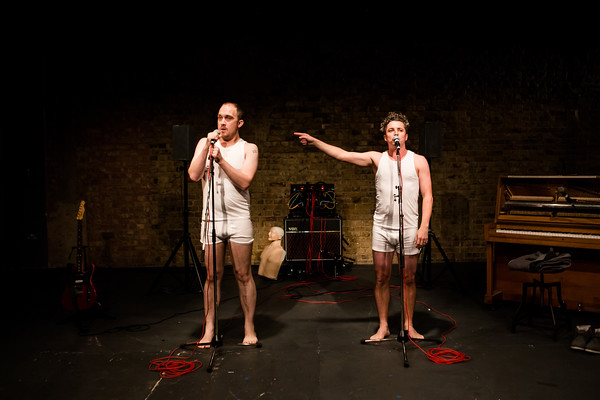 As part of the show we hosted Death Cafes at many of the venues/places we toured to:

At a Death Cafe people, often strangers, gather to eat cake, drink tea and discuss death.  Our objective is ‘to increase awareness of death with a view to helping people make the most of their (finite) lives’.  A Death Cafe is a group directed discussion of death with no agenda, objectives or themes. It is a discussion group rather than a grief support or counselling session. Our Death Cafes are always offered… on a not for profit basis; in an accessible, respectful and confidential space; with no intention of leading people to any conclusion, product or course of action; alongside refreshing drinks and nourishing food – and cake!