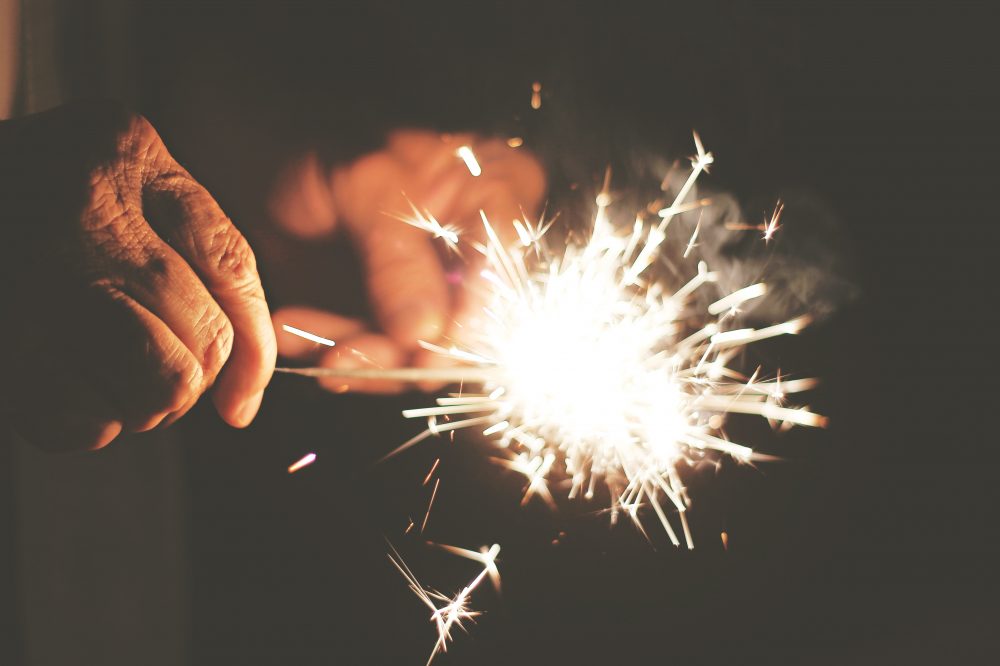 In recent years, we’ve been supporting young or early stage artists and companies in Leeds. We’re currently mentoring a new Leeds company led by artists Lily Craig and Chris O’Connor with producer Anna Turzynski and have contributed cash towards their first project creating an immersive experience for older people with dementia living in care homes. We invited producer Anna to write a guest blog about the project as it reaches the end of its first stage of development…

Fragments started just over a year ago when Lily, Chris and I all had a little cry together in my studio. After a long day of working on another project, we had drifted on to the topic of our grandparents. Each of us shared stories about forgotten names, changes in behaviour and missing elements of their personalities. It was comforting to share how hopeless I felt in the face of this disease, to the point of avoiding a phone call with my grandma to avoid upsetting her by saying the wrong thing.

Luckily, Lily has been working with older people since her Masters about 4 years ago and has an incredible insight into dementia. She spoke so clearly about how it is a disease that is as unique as the people who it effects and talked Chris and I down from a place of fear to calm understanding.

It struck me in that moment that there was so much I didn’t know about getting old.

As our society promotes living longer, and our ageing population swells my understanding of that process, my response is characterised mainly by denial. I wanted to better empathise with my grandma and feel prepared for the inevitable future. I wanted to know everything there was to know about dementia.

As a fan of the sound of my own voice, I have been wanting to make a podcast for a long time, and this finally felt like a worthwhile cause. An opportunity to speak to some experts to find out more and to share that learning along the way.

We sat down with Jon and Alice from Unlimited who shared some invaluable learning from their own process of creating Live From The Space Shed, bought a handheld voice recorder and lined up some interviews. The full series will be released later this year on all major streaming platforms.

Whilst planning the podcast, we were also keen to manifest our research into a physical outcome. Lily had had a dream of creating high quality theatre for a Care Home setting for a little while and made the mistake of saying it loud one day when we were at the pub. Before she had time to finish her pint (Lily is an infamously slow drinker) we had applied to the Arts Council to fund a pilot version of Fragments. Chris, Lily and I all come from a theatre background and had previously worked together on a series of immersive theatre pieces so this leap isn’t as random as it may sound.

The wonderfully trusting Unlimited offered us the invaluable match funding we needed for the bid and before we knew it we had a meeting with a care home in Harehills to look at their spaces and meet the residents.

We now find ourselves at the end of our research phase and the installation opens next week. And to be honest, we are really nervous. We have decided to bring the outside in, recreating a park in the second lounge space at Oak Tree Lodge. This idea came about after speaking to the residents who missed being outside and hearing the birds sing. This “set” will enable residents to access sensory memories and improve their sense of wellbeing. We wanted to provide people living in care with new experiences and not to just focus on reminiscence. We hope that having the installation live for a week and open twenty four hours a day will give the residents and the carers a place to relax and an opportunity to make new connections. That being said, we are also prepared for them to think its rubbish, or decide that they would rather watch TV. It’s a learning process baby and we are ready to hear feedback.