Happy New 2018, Unlimited Family! It’s already stacking up to be a busy one – here’s what we’ve got planned for you…

FUTURE BODIES – new show
The big news is that we’re making a new show with our friends Rash Dash in a co-production with HOME in Manchester, provisionally titled Future Bodies. We’ve been researching and developing it through 2017 in collaboration with leading scientists and researchers in the fields of brain implants, cognitive enhancing drugs, artificial intelligence, advanced prosthetics and other biotechnologies. We’re been thinking about what it means to have and to be a body now, and what we might become in the future. We’re spending four weeks together in January and February developing the show which will run at HOME in October before touring. Stay in touch via our Facebook and Twitter channels for news and updates.

THE SPACE SHED – is back!
After a FABULOUS summer of touring in 2017 and by popular demand The Space Shed will be back in 2018.

More than 19,000 people (!) joined us at festivals across the UK as I shared the story of How I Hacked My Way Into Space. We also hosted conversations and interviews with some of our favourite space scientists including Beth Healey (space doctor), Andy Newsam (Professor of Astrophysics), Libby Jackson, (UK Space Agency Human Spaceflight and Microgravity Programme Manager Agency)  Shu Pillinger (Ultra Athlete) and Minnie Mao (mouse-ear-wearing astrophysicist) among many others.

For 2018 we’re enhancing the Space Shed further so we can host DJ’s to take your space based festival experience bouncing late into the night. Dates and details to be announced soon, but a heads up here that if you’re based in or near London then we recommend you keep Sunday 6th May free for a VERY EXCITING SPACE SHED APPEARANCE.

And for those of you wondering what the 5 Things I Learned By Hacking My Way Into Space were, click the link to find out!

We have lots of new shows in the pipeline that we’re also developing in 2017 including a new Space Shed show provisionally titled How To Save the Planet and a project combining VR tech with live performance about identity and ‘other-ness’. In the meantime here’s a few excellent facts, figures, photos and music that you won’t have seen on any of our social feeds from last year…

TOGETHER – Two Man Show
As the final part of our Together project researching new ways to develop audiences for contemporary work (supported by Arts Council of England Strategic Touring funding), we worked with Rash Dash to tour their wonderful Two Man Show to five venues in Yorkshire, the North East and the North West.

The project is best summed up by asking a key question: How can touring companies and venues develop more effective practice in their collaborative approaches to audience engagement and development? The short answer is: VERY EFFECTIVELY. The longer answer (with full evaluation) is free to read and download from issuu.

We’ll be publishing a mini handbook for companies and artists with recommendations on how to maximise engagement SOON. To be the first to be notified, please sign up to our email list here.

Am I Dead Yet?
The show that Chris and I made about death and dying had its final performances in 2017, beginning in January at the wonderful Rabenhof Theatre in Vienna. We travelled with the gorgeous Simon Perkins (our touring technical and stage manager) and Christie Hill (producer) who looked after everything immaculately…

…and we were all hosted with the most extreme amount of generosity and care by everyone at the theatre but particularly the lush Abdullah (that’s him with the clothes on).

The show then toured to the English Theatre in Berlin, Birmingham Rep, Pulse Festival in Ipswich and finished the year with a run at the Soho Theatre in London. But my favourite gigs with this show were in Leeds where we toured to four different venues over four nights – including the wonderful and new (to me) Trouble at Mill in Farsley and at Duke Studios where we were the first theatre show to perform there. 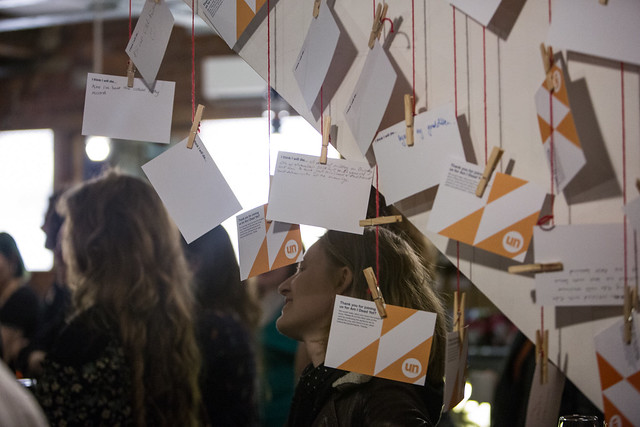 As well as an outstandingly smart, warm and generous post-show conversation with everyone in the bar afterwards, we were also treated to a deliciously death-themed set from our Death DJ (and old friend) David Allison.  Here’s the full set list in case you ever need a joyfully morbid playlist for dinner parties:

And then, of course, I got to make my Space Shed dream come true. Working in a secret, vehicle assembly building (a barn on a farm near my house), often until the wee hours of the morning…

…worked their magic to create what is, without a doubt, my favourite shed that I have ever tried to get to space in. We were even sponsored by the lovely people at Greenford to put ALL THE LOGOS on our Space Van

A massive thanks to my hugely talented (longest suffering) collaborator Rhys Jarman for designing the shed, the magicians who are Q Division for turning those designs into reality, Josh Pharo and Sarah Readman for making gorgeous lights&video&smoke, Elena Pena and Dan Balfour for making SOUNDS, Verity Sadler for making our uniforms wicked cool and Public Service Broadcasting for allowing us to remix their awesome song Go!

A special thanks to the always-there, totally unflappable, perpetually joyful Simon Perkins who has been with me for every show this year. Here’s a picture of me with him and my other longest serving colleague Flight Activities Officer Alison McIntyre, after I’d treated us to a hot tub during a lull in the hurricane that was Festival No 6.

Oh yeah! And Mini Jon finally got to show me the spaceship he travelled to and from the International Space Station in. Which blew my mind a bit.

In the year’s sad news, we said goodbye to our producer Christie Hill. Christie started with us on a BBC Performing Arts Fund placement 3 years ago and we loved working with her so much we created a permanent job for her. All good things come to an end though and in October she moved on to take a position at Battersea Arts Centre. We will miss her. Thanks for all the good times, Christie…

A final thanks to my Exec Director Tessa who whipped out a spare tent (!) when mine exploded at Latitude Festival and the super supportive board of directors Emma, Mark, Alison, David, Martin and Pete who support us in everything we do.